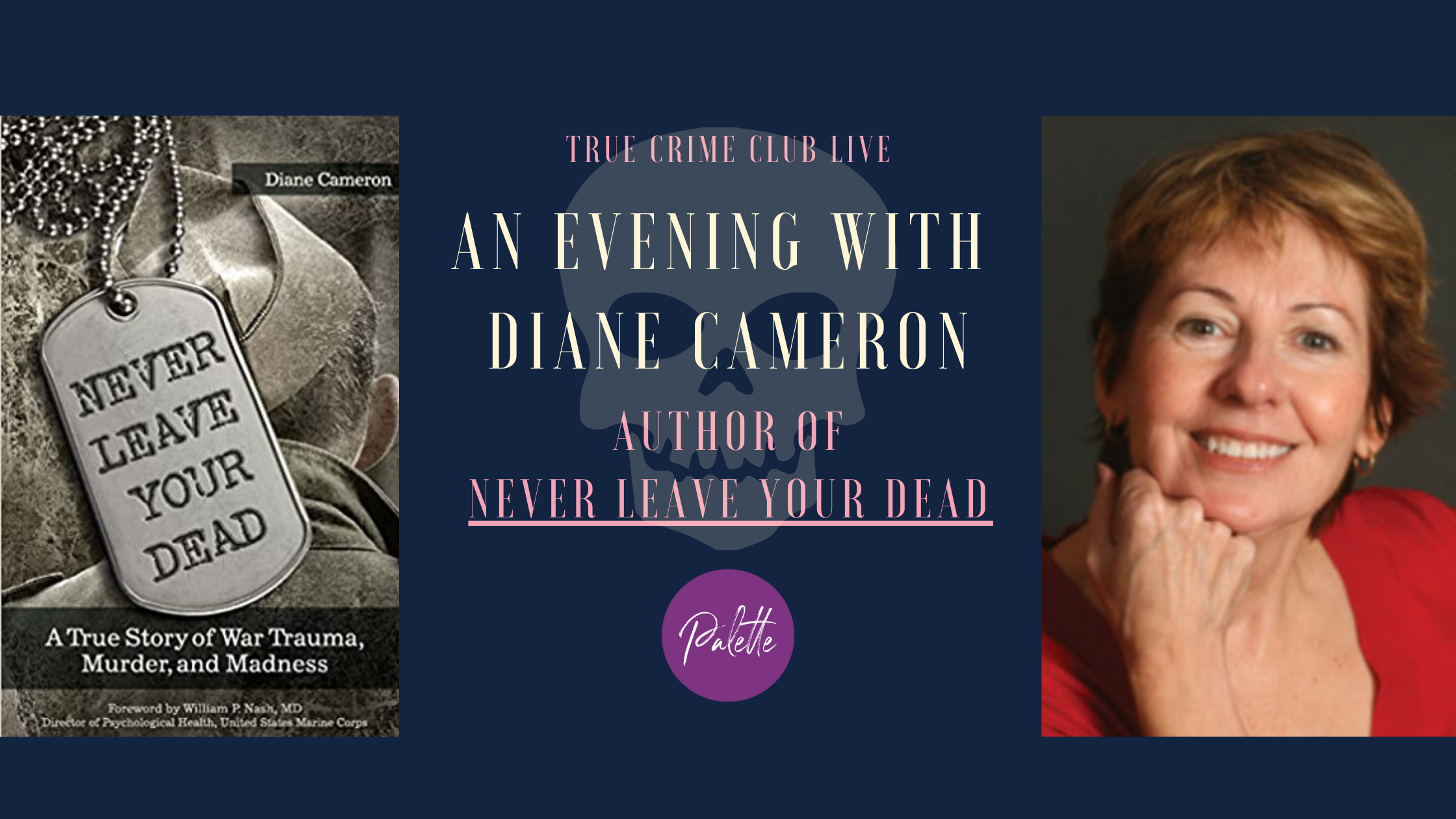 We are so excited to have author Diane Cameron join us for a discussion about her book, Never Leave Your Dead: A True Story of War Trauma, Murder and Madness.

This event is open to all and will be an in-person event at Palette Schenectady. You do not need to be a member of the True Crime Club to join. However, YOU MUST R.S.V.P.

ABOUT THE AUTHOR
Diane Cameron is a provocative and compelling writer, speaker, coach and consultant.  She writes about her life with courage, compassion and humor–challenging readers to think about culture, community–and themselves–from new perspectives.

ABOUT NEVER LEAVE YOUR DEAD
Was Donald a traumatized veteran? A victim of abuse in the mental-health system? Was he a criminal? Mentally ill? Or just eccentric?

Join author Diane Cameron as she unravels the true story of her stepfather, Donald Watkins, a former Marine who served in China from 1937 to 1939 during the Japanese invasion. After returning home, Donald’s seemingly normal life took a sharp turn when he murdered his first wife and mother-in-law in 1953. As punishment for his crime, he spent twenty-two years at Fairview State Hospital for the criminally insane.

Donald’s story traverses continents and decades. Years after his release from Farview, Cameron’s stark examination of her relationship with Donald and her mother highlights the far reach of mental illness. Her in-depth research and keen insight will stir public debate about what is happening today and what we can expect as the impact of war trauma for veterans and their families unfurls and detonates.

Diane Cameron is an award-winning columnist. An excerpt from Never Leave Your Dead was first published in the Bellevue Literary Review and was nominated for a 2006 Pushcart Prize.