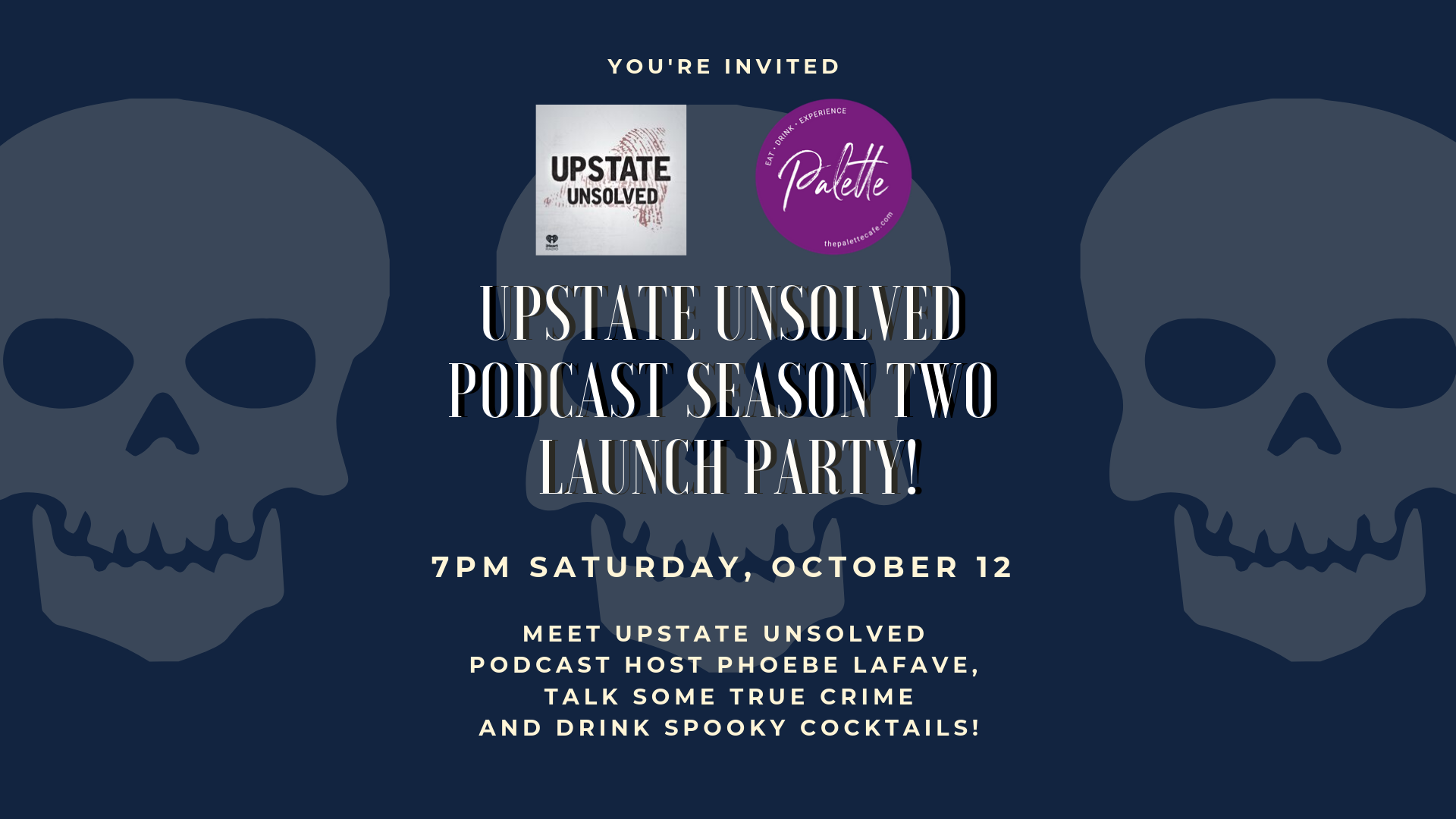 We’re celebrating Phoebe LaFave and the launch of Season Two of her podcast, Upstate Unsolved! Join us at Palette for a cocktail event and meet the woman behind the podcast magic.

Phoebe LaFave is a WGY News Reporter with a passionate interest in true crime.

She began her career in the media industry as an intern at iHeartMedia during her Senior year at The College of Saint Rose which lead to an opening as a Reporter in the WGY Newsroom.

In March of 2019 the first season of Upstate Unsolved premiered, a serialized podcast focusing on Upstate NY cold cases. Season One highlighted Suzanne Lyall, a Ballston Spa native and a UAlbany student who went missing on March 2, 1998.

Season Two will focus on the murders of three Albany county women during the late 1950’s and early 1960’s and will premiere in October 2019.

Phoebe lives in Corinth, NY with her extremely dramatic cat.

Tickets are not available as this event has passed.