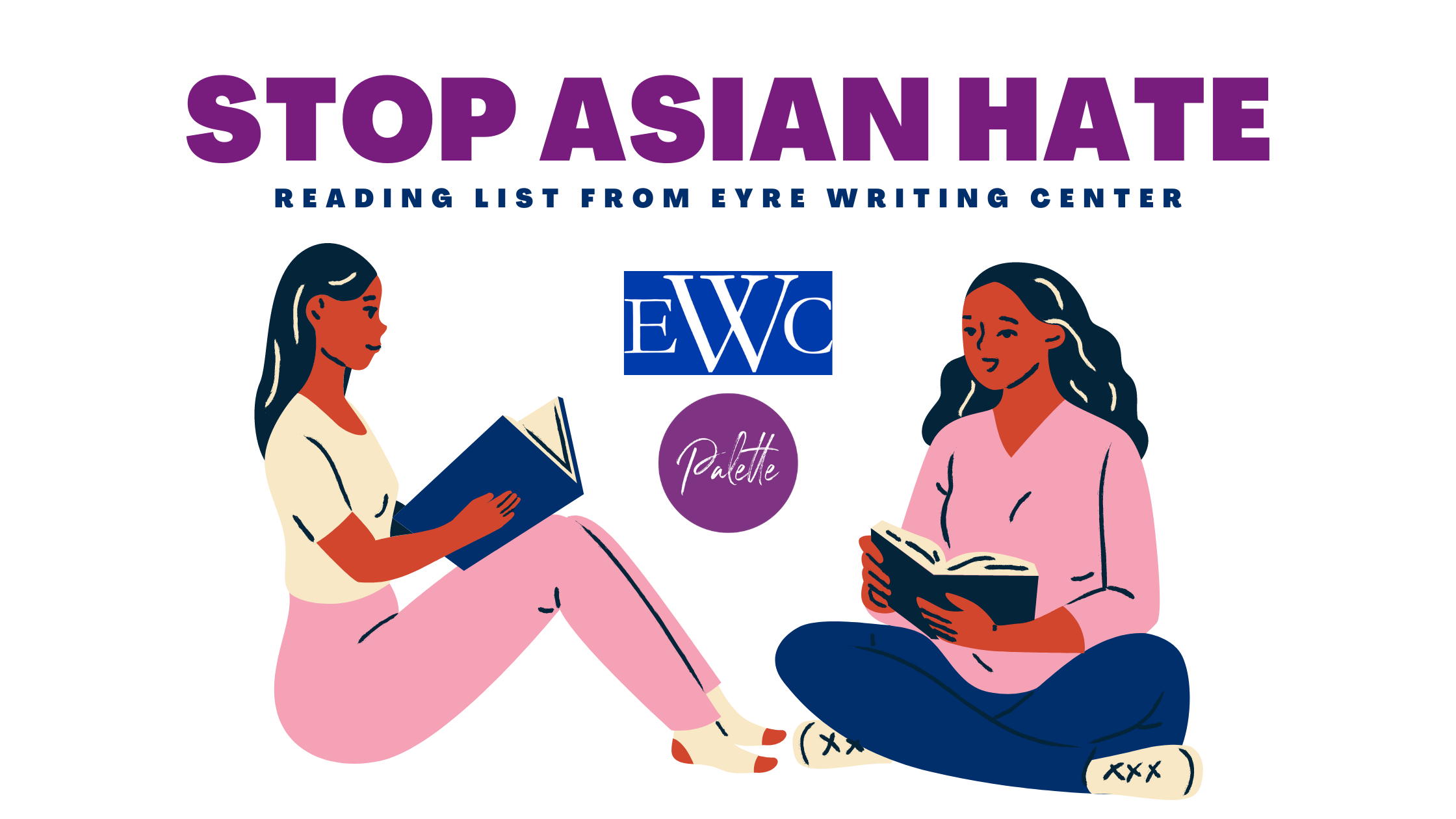 At Palette, we truly believe in the power of the written word to both educate and transform

Good things happen when we lean into difficult conversations and make ourselves vulnerable, particularly when we’re talking about social change and human rights.

After a recent LIVE conversation between Palette Founder, Catherine Hover, and Palette Members Kim Blair and Jane Chen, we received this awesome suggested reading list from Jane. Her business, the Eyre Writing Center, works with children and young adults to improve writing and communication skills (and she inspires us every day)!

Following is a list with suggested readings that relate to #stopasianhate. Many are considered to be young adult books, but aren’t we all a little bit young at heart? A HUGE thank you to Jane and the Eyre Writing Center for these suggestions!

All of the books have been chosen for their value in expanding students’ educational understanding of important historical phenomena and growing their empathy for unfamiliar topics. Since these books do touch on racism and discrimination as well as other sensitive topics, we acknowledge that families may want to vet the books beforehand, so we have provided brief summaries and applicable content warnings from Goodreads and Common Sense Media.